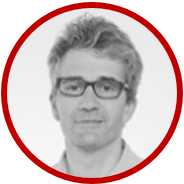 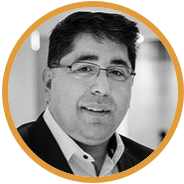 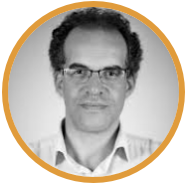 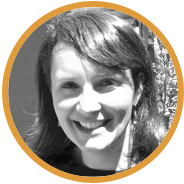 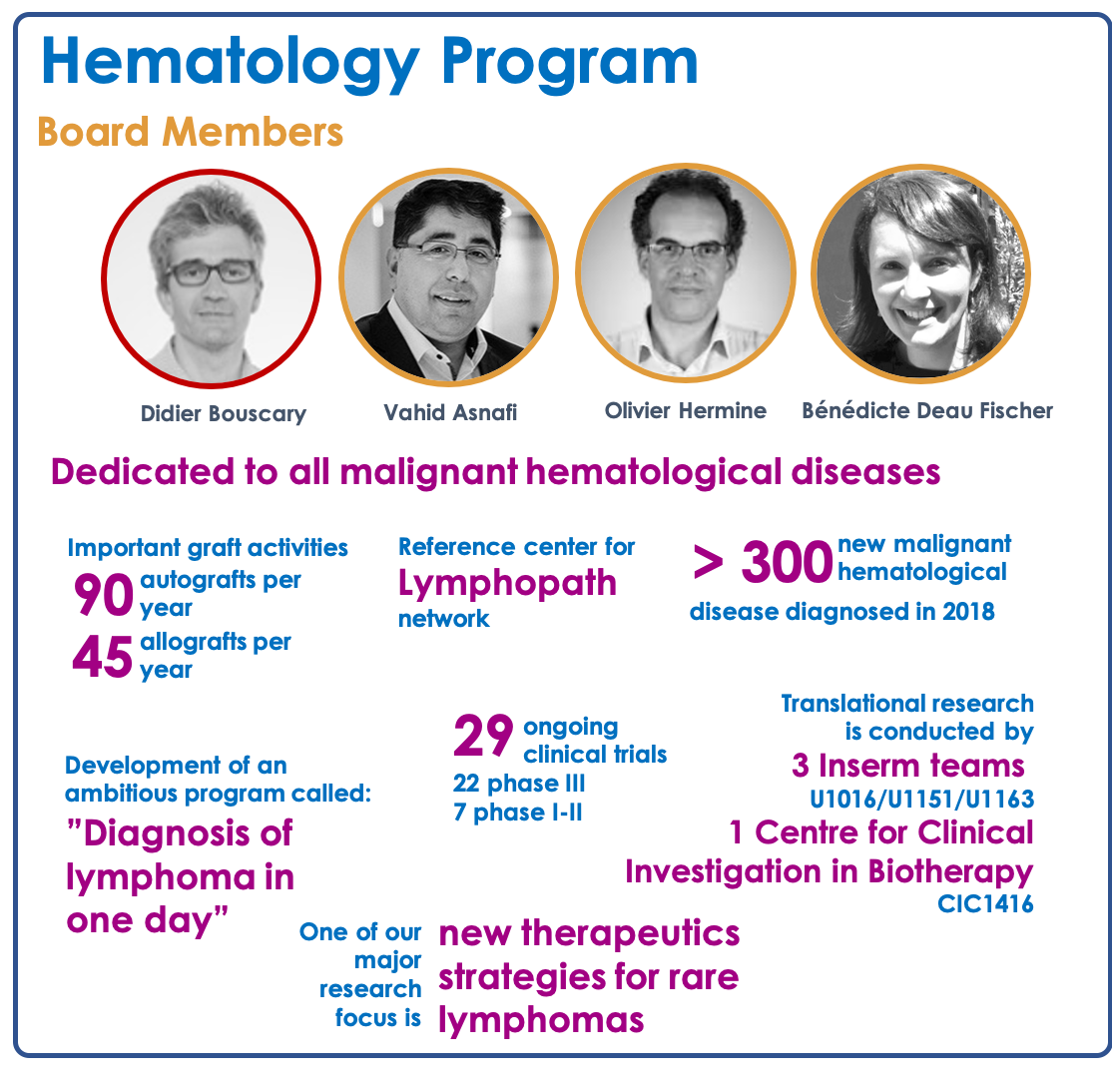 The clinical activity in hematology is spread over two sites: Cochin and Necker Hospitals. These two departments are respectively directed by Pr D Bouscary and Pr O Hermine. They treat all malignant hematological disorders and perform important autograft activities (90 procedures a year) at both sites and allograft activities (45 procedures a year) at the NCK site. In 2020, these two services will merge to form a single bi-sit department. In 2020, both hospitals will benefit from CAR T cells technology in B-ALL and DLBCL.

If we consider both sites, this represents the following hospital capacity: 24 beds in Intensive Care Unit, 24 beds in Conventional Hematology, 20 beds in Day Hospital. Patient’s recruitment of these two services is important for all the most common hematological pathologies (ALL, AML, CLL, NHL, Hodgkin lymphoma, Multiple Myeloma, MDS) (see details in indicators of activity) and it effectively represents the second most important recruitment of the region Paris-Ile de France after Saint Louis Hopital. In addition to this, Professor Olivier Hermine has developed strong nationally and internationally recognized certifications for rare malignant disorders such as mastocytosis, HTLV1-related lymphoproliferations and intestinal lymphomas. Due to hospital specificity, Cochin has an important recruitment in cerebral lymphoma (15-20/year), mediastinal bulky Hodgking lymphoma of the mediastinum and primitive bone lymphoma.

Historically and in practice, Cochin and NCK clinical departments have complementary expertise in myeloid and lymphoid pathology, respectively. This means that Cochin specificity is mainly oriented to myeloid pathology: acute myeloid leukemia (AML) and myelodysplastic syndromes (MDS), whereas NCK specificity is mainly oriented to lymphoid pathology: acute lymphoid leukemia (ALL) and non-Hodgkin lymphoma (NHL). This specificity is also true for the hematology biology departments, as very strong connections between clinicians from the two sites and biologists from the two hematological biology departments on both hospitals have been established from a long time. The biology department of Cochin is directed by Pr Michaela Fontenay and that of NCK by Pr Vahid Asnafi. They have developed different and complementary fields of competence that benefit the patients of the two sites: myeloid in Cochin and lymphoid in NCK. As consequence, they have developed and validated highly performant next-generation sequencing–based techniques adapted for myeloid (AML and MDS in Cochin) and lymphoid malignancies (ALL, T-cell and B-cell NHL in NCK) which allow rapid exchange of extensive molecular information’s which are discussed between physicians and biologists in two monthly organized multidisciplinary consultation meetings (MCM) : Myeloid (MMCM) in Cochin (whose leader is Pr Olivier Kosmider) and Lymphoid (LMCM) in NCK (whose leader is Dr Ludovic Lhermitte).

Leaders of the clinical and biological departments are also leaders of research teams affiliated with INSERM (Institut national de la santé et de la recherche médicale), these pathology specificities being also strongly based on the development of specific research programs within research units at Cochin and NCK:

The two hospitals also benefit from hemato-pathology departments that are very involved in hematological pathology and whose two leaders have well recognized national expertise in the field of lymphomas: Pr Thierry Molina in NCK and Pr Diane Damotte in Cochin and in myeloid diseases (MDS and MPN): Dr Barbara Burroni in Cochin. In that field and in collaborations with biologists and clinicians of different specialties, a program was developed at NCK entitled: “diagnosis of lymphoma in one day” that will be extended to both sites and that effectively blocks all appointments of patients with adenopathies over one day to rapidly perform the diagnosis in order to minimize the time required to implement the treatment.

The nuclear medicine department under the direction of Pr J Clerc, on the site of Cochin, has been recently equipped by a new PET-CT device, activity coordinated by Dr M Wartski. They have recruited Dr AS Cottereau, strongly involved in lymphoma imaging. She is a member of the LYSA imaging group, from the Lymphoma Study Association (LYSA) and part of the executive committee of the International Workshop on PET in Lymphoma and Myeloma.  She has opened the field of new prognostic indices by developing the measurement of the metabolic tumor volume, as a tumor burden surrogate, in different subtypes of lymphoma, and assessment of new parameters reflecting lesions dissemination. These new parameters could contribute to a better risk stratification at baseline for a tailored therapy.

Also unique for the two hospitals is the presence of the department of biotherapy located in NCK, directed by Pr Marina Cavazzana Calvo, internationally recognized in the field of genetic therapy of hematopoietic disorders which will be also at the center of the organization of the hematology patient journey for the therapeutic use of CAR T Cells.

We will add to this that most of the Hospitalo-University clinicians or biologists of the two hospitals have a research activity within the INSERM units which we have been detailed.

All leaders and Hospitalo-University clinicians or biologists are also heavily involved in teaching clinical, translational and fundamental hematology both at the different courses of teaching of hematology at the University of Paris and in the doctoral schools to which the research units are affiliated.

Moreover, the departments in Cochin and NCK have developed from a long time a similar and unique policy of identifying young dynamic hematologists who pass as fellowship in both clinical/biological departments and can complete their basic research course in one of the three research units with a view to acquiring a PhD.

Concerning clinical research, it is performed with 29 actually open ongoing clinical trials (22 phase III, 7 phase I-II). For NCK and Cochin, the number of new patients included in protocols was 184 and 155 in 2017 and 2018 respectively, with an active file of patients of 470. The clinical research encompass all the field of malignant hematological disease including protocols in allografting.

Regarding nuclear medicine research, one prospective multicenter trial investigating a new radiopharmaceutical in lymphoma patient is ongoing (cf annexe 4). One retrospective study, initiated and coordinated by Dr Deau Fischer, also included PET data, that will be processed by Dr Cottereau: Adcetris as Maintenance in Hodgkin lymphoma : a REal LIfe Study.

As described in the presentation, the translational research mainly involves three INSERM teams located in NCK and in Cochin with non-overlapping thematic in hematology. We briefly describe the main research activity of these 3 units:

1/ INSERM U1016: study of normal and pathological hematopoiesis. M Fontenay and D Bouscary.

Research is focused on the biology of AML and MDS with a part on normal hematopoietic stem cell biology. The composition of the team is made of 5 clinicians-scientists and 2 full-time researchers (see team composition). Three axes are developed:

Concerning translational research, recurrent mutations have been identified and genotype-phenotype relationship analysis demonstrated the association of splice gene mutations with cytopenias and the association of BCOR mutations in MDS. Looking for new drugs to treat anemia in MDS patients, we have filed two patents. As a laboratory of reference for cooperative groups GFM and FILO, the team has performed biological studies in the context of clinical trials. The mTORC1 inhibitor everolimus was evaluated in refractory/relapsed AML in association to chemotherapy during a phase Ib RAD001 clinical trial. Patients who received a dose of 70 mg on day 1 and 7 had a decreased phosphorylation of p70S6K and a trend to a better CR rate. In a clinical trial randomizing MDS patients to lenalidomide or lenalidomide plus recombinant erythropoietin, we identified genetic markers predictive of the response, demonstrated the transient efficacy of lenalidomide on clone size and provided evidence for a prominent immunomodulatory effect of the drug.

The field of research essentially involves analysis of the mechanisms controlling human T lymphoid ontogeny and oncogenic transformation in immature T lymphoid malignancies, particularly T-ALL and T-LBL. The composition of the team is made of 4 clinicians-scientists and 1 full-time researcher (see team composition). Two axes are developed:

The combined cellular and molecular translational research program is based on analysis of optimally annotated clinical material from patients enrolled on prospective institutional multicenter trials, which requires organisation of centralised diagnostics on reference platforms. These structures are well established in an integrated Cancer diagnostics laboratory (Onco-hematology, Hematopathology and somatic Genetics) and INCA-labelled human biological resources platforms at Necker for all adult and pediatric leukemias and lymphomas which are the object of the cognitive projects described above, but also for several translational studies, in partnership with the corresponding clinical cooperative groups. As example, we identified a significant subgroup of poor prognosis adult T-ALL patients with genetic anomalies of either the PI3K/PTEN/Akt/mTOR or the Ras/Raf/MEK/ERK pathway and developed an oncogenetic classifier of T-ALL as an extension of our previous NOTCH/FBXW7 (N/F) based classification: Adults with N/F-mutated, RAS/PTEN germline T-ALL comprise approximately 50% of patients and have an excellent prognosis. This classifier is used within the prospective GRAALL-2014 trial for therapeutic stratification with centralization of diagnostic sample for NGS-capture mutational screening in the laboratory. We also recently performed comprehensive clinic-biological, genetic and survival analyses of a large cohort of adult T-ALL patients, demonstrating that the use of response-based risk stratification and therapy intensification abrogates the poor prognosis of adult ETP-ALL.

Marina CAVAZZANA Biotherapy Department’s main research and clinical interests are the development of the hematopoietic immune system, and cell and gene therapy for inherited and acquired disease of the hematopoietic system. Her group studies the means to improve the clinical results of hematopoietic stem cell transplantation, crossing HLA-barriers, and the differentiation of mouse and human stem cells towards lymphocyte lineages. Marina CAVAZZANA Biotherapy Department’s has initiated several clinical trials based on the use of ex vivo gene modified hematopoietic stem cells to treat patients with inherited disorders, the preliminary clinical results of which are encouraging.

The laboratory is involved in the research in the following fields related to cancer therapy.

From a long time, rare lymphoma study is one of our specialties and we wish to understand the physiopathology and develop new therapeutic strategies for such rare lymphomas including NKT lymphoma, Mantle cell lymphoma, Primary immune deficiency lymphoma, Virus infected lymphoma (HCV and HTLV-1), Gastrointestinal tract lymphoma (by using human and dogs models).

Based on our strengths, for the next years,  we aim:

Annex 1:  Recruitment of patients and main indicators of activity